Advice from an expert: “Am I happy with my academic job?”

Our conpher expert contributor is Dr Laura Norci, a highly respected life and career coach who worked many years in research and university as lecturer, tutor and mentor.

Am I happy with my academic job?

There are indications that job satisfaction in academia is decreasing in recent years, especially for young researchers. The issue of job satisfaction is not exclusive to academic careers; this is an issue which occurs regularly in many other careers. Although the academic environment may be very different from, for example, a corporate one, in either case work satisfaction is connected with the correspondence of personal/work core values on the one side and employer’s or institutional values on the other.

A core value is a fundamental belief that dictates our behaviour and can help to distinguish right from wrong; it is a value on which we cannot compromise. An example of a common personal core value is that “family is of fundamental importance”. So, if pursuing a certain career implies that it will be difficult to have or manage a family life, a dissonance arises, for those who hold this belief, which may bring unhappiness. For scientists, core values attached to their work can for instance be adhering to ethical standards in carrying out research, transparency in reporting results, openness and a spirit of collaboration towards their colleagues.

As a career coach who works with academics, I hear from clients about all of these issues, which can make people very unhappy with a job that they otherwise love. I certainly recognize some aspects of what I have encountered from my own career in academia, which have sometimes required to take tough personal decisions.

Conflicts about authorship of publications, or even about research patents, are the order of the day, whether it is team members that feel that their contribution to a particular paper is more important or significant than yours and demand first authorship, or your Principal Investigator (PI) that feels automatically entitled to the key position in the order of authors.

My own thesis supervisor, for example, felt strongly that authorship should be “democratically” organized in alphabetical order. Was it a coincidence that his name started with one of the first letters of the alphabet?!! Other well-known scientists expected to be included in the authors’ list even if they were just asked a question over a cup of coffee.

While most supervisors, PIs or group leaders are helpful and promote young people careers, some others are strongly focussed on their own success. I have unfortunately the impression that such individualistic behavior is becoming more frequent.

There are several reasons for getting this impression, connected to societal changes, by which also academia is affected. Some of the reasons can be identified in the dwindling availability of funding for certain disciplines and the consequent increase in competition and teaching workload, for those working in universities. The necessity of requiring external funding from private investors, which may impose conditions to research strategies, has also become very common, not only in academic careers, as well as the increase in the number of temporary positions compared to indefinite contracts or tenures.

Because research work has become very focussed on a narrow section of one’s own discipline, the number of positions available for that kind of specialism are few compared to the number of qualified researchers. Consequences of this include having to compete internationally and the necessity, when successful, of moving to another country for a next position.

Senior scientists have their own problems and frustrations, having to spend all their time on funding proposals, networking activities towards funding, student supervision and various administrative tasks, rather than working on their own research, which is what everyone actually wants.

look to your beliefs and core values

Becoming conscious of what your beliefs or core values are is important in order to make decisions about how to pursue your career. Awareness is key to finding solutions: it helps to reflect and put into context which of these values are clashing with the present working environment and are causing stress and unhappiness.

Strategies for resolution of conflict can be found such as trying to put all components in context and working towards awareness of other people’s motives and perspectives. Resolution of conflict is often achieved by improving communication, by figuring out possible alliances and by becoming aware of one’s own rights.

Senior scientists can also benefit from reflecting on their role as team leaders. Learning to delegate, maintaining the connection with their research group, promoting communication and collaboration, encouraging transparency and supporting young researchers makes them better leaders. It will also contribute to individual and group success and in no small way to the advancement of science.

For those that are already convinced that working in academia is in conflict with their values and desires, help can also be found. Transitioning from academia to other jobs is often perceived as a failure. This can be avoided if one becomes aware of how all the knowledge and experiences acquired in academia can be transferred to new working situations and learns to look at soft skills as a lever to a new, satisfactory working life.

In other words, reflecting on core values and on self-limitations can be instrumental to achieve a better balance in your academic career, support career advancement and providing the means for achieving better job and life satisfaction.

Laura Norci is a Life and Career Coach, who had a career of many years in Astrophysics, during which she has been a researcher, lecturer and group coordinator. Some years ago she started her own free-lance coaching service, Academic and Personal Pathways (www.appathways.nl), after training as a Person-Centred Counsellor and Coach. She coaches a variety of clients among which many academics.

Categories: conpher with the experts 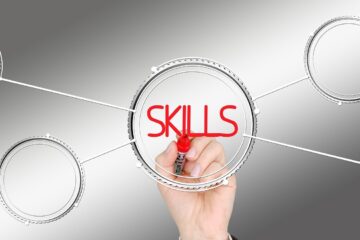 Our conpher expert contributor is Dr Laura Norci, a highly respected life and career coach who worked many years in research and university as lecturer, tutor and mentor. Hidden strengths: using soft skills to your Read more… 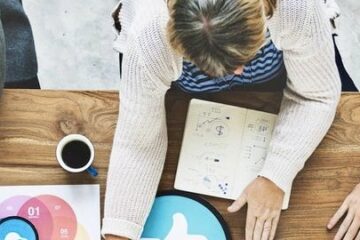 Advice from an expert: ‘Seven myths hindering your science career’

Our conpher expert contributor is Dr Hernan Biava, a prize-winning professor of chemistry at Brevard College, and a successful Life Coach. Seven myths hindering your science career Every profession has its own culture and implicit Read more… 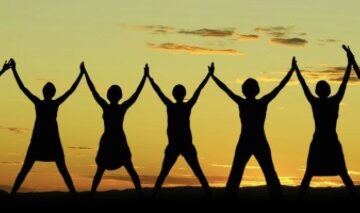 Advice from an Expert: ‘Career planning for early career researchers’